Icarus and The White Owl

Icarus and The White Owl is the first piece in a series exploring my grandfather’s expeditions to Alaska in the early 1950’s. Since my grandfather’s passing, I have been interested not only in his coming of age story, but they way that he documented his journey. Most of the photographs are either landscapes or his friend posing with odd objects that were found along the road. In this photograph, my grandfather’s friend holds up a dead white owl, as if it is a trophy. The wings of the owl become intertwined with the arms of the man, eliciting feelings harkening back to Icarus of Greek Mythology.

The piece is composed not of a traditional printed image, but one that has been burned into rice paper using a laser engraver. The delicate rice paper and fire mix, as natural forces do, to create a distinct texture that cannot be achieved using any traditional photographic process. The piece also has two “viewing angles”, one macro view where the entire image is in focus and the micro view where individual pixels and texture can be seen. 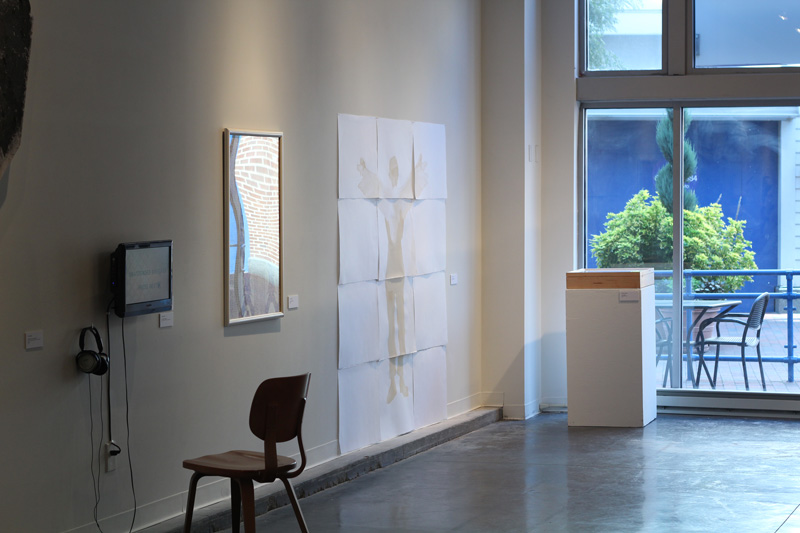 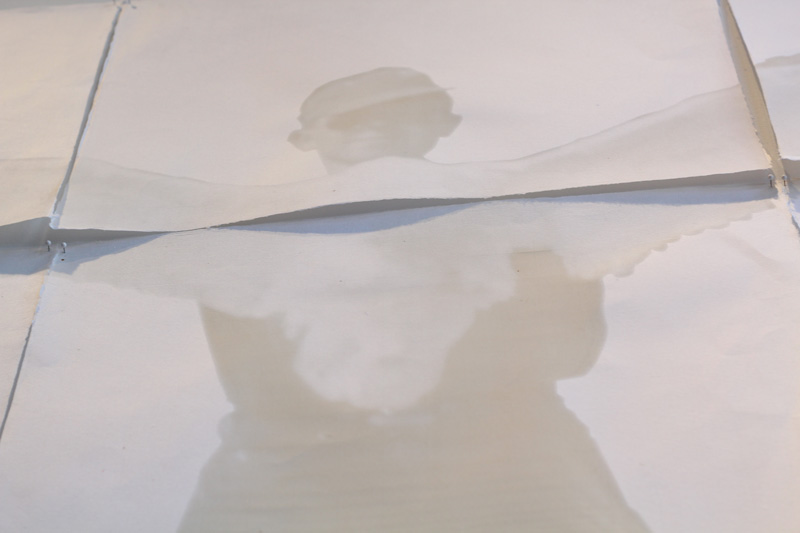 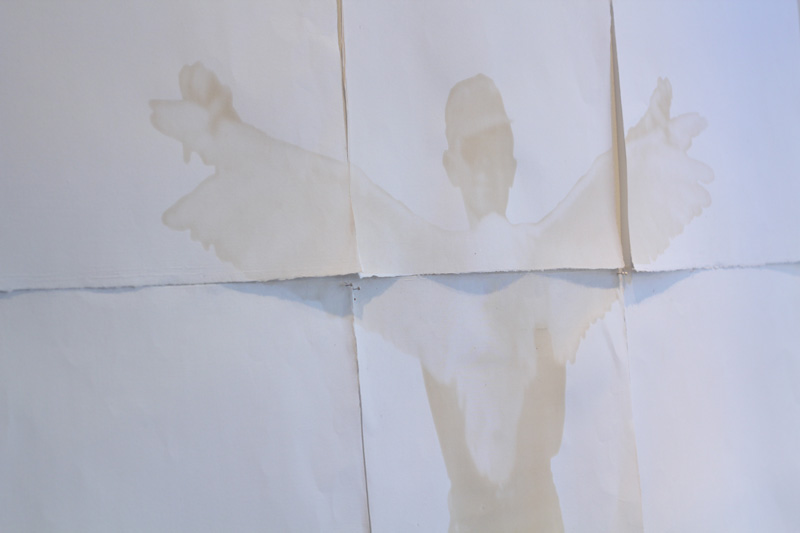