On November 28th, 2010, government documents, ranging from mundane memos to secret messages to and from U.S. diplomatic embassies, began being released by the internet media organization WikiLeaks. This sparked widespread controversy and condemnation by world leaders, news media, and the general public. Although to date only 2,000 of the over 200,000 cables have been released, there is still a wealth of information that can be synthesized from this data. The question is how can the public parse through these documents? One could read each memo, but this would be a tedious, unrewarding task because many contain information that is out of context for someone not highly involved within the political arena. My goal with Something Democratic in 2010? was to take all of the cables from 2010, strip them of their context by alphabetizing all of the words, and create a piece that would summarize that political happenings of 2010.

The new document consists of 150,000 words, 1,000,000 characters, and is 23 feet long and 42 inches wide. Because the information is alphabetized, new relationships are formed by the sheer multitude of the words themselves. Blocks of the most ordinary words such as the, an, a , and and attract the viewer visually, creating a sea of white noise characters and spaces. While hot-button terms like terrorism, security, and warheads must be searched for within this dictionary of politics. The viewer can finally be close to this information that at first seemed wholly transparent and seemingly heroic when released, but has since dwindled into an erroneous file that will be archived and eventually lost in the internet forever. 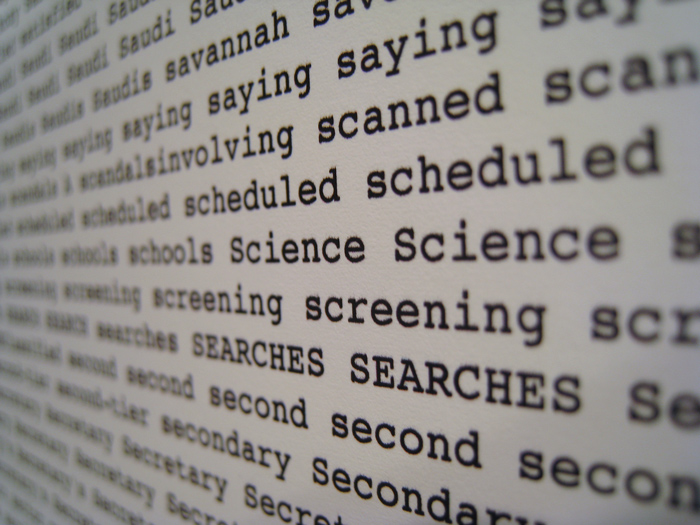 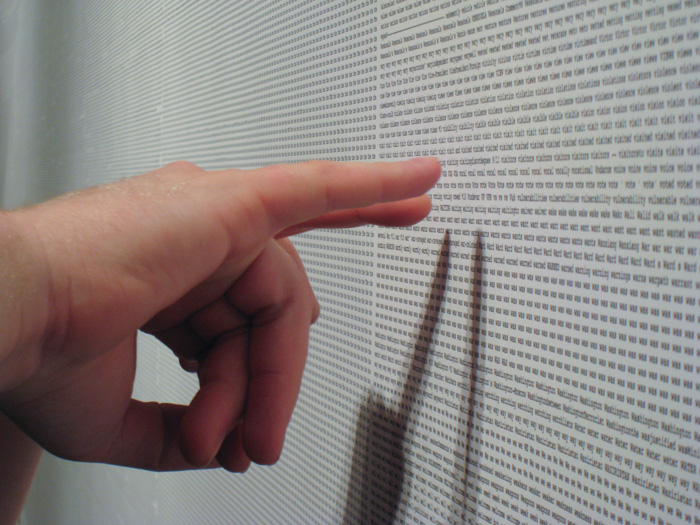 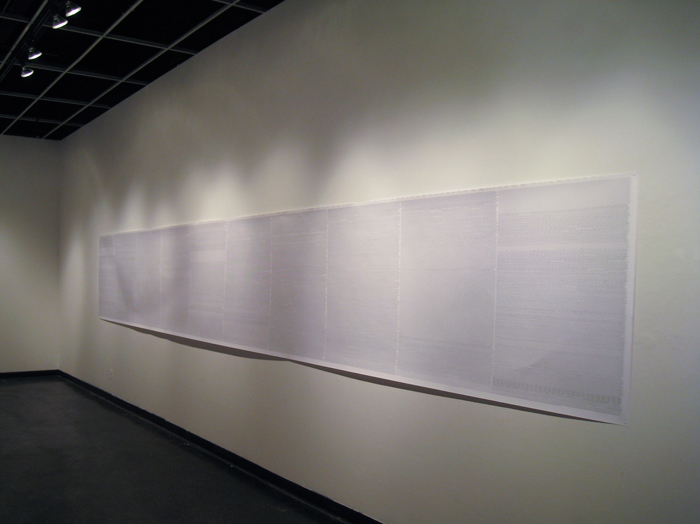 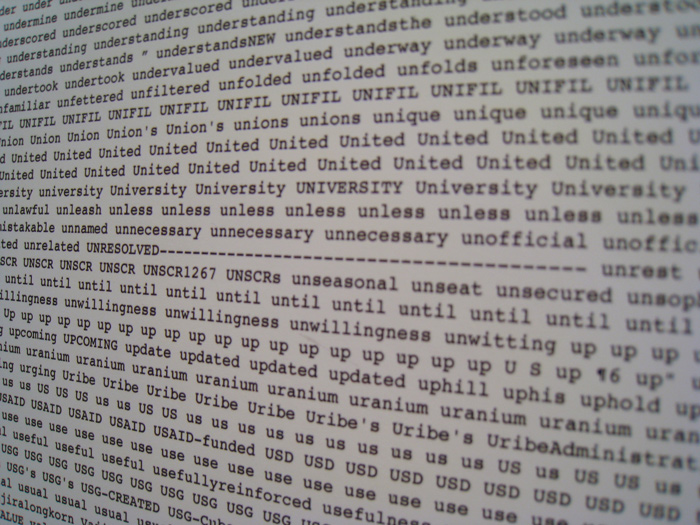 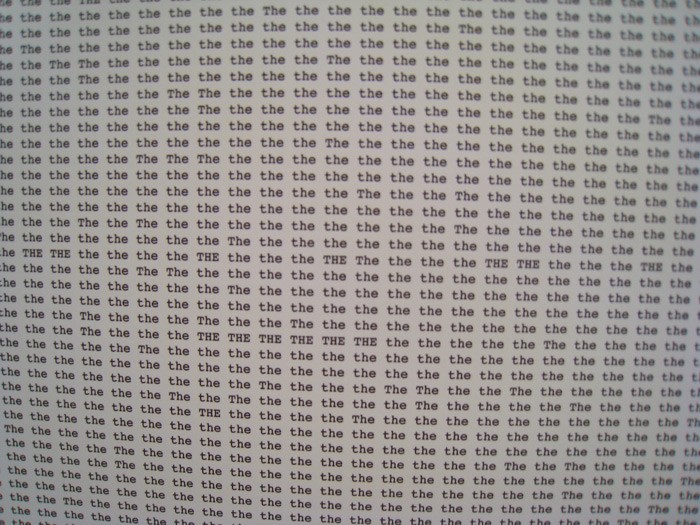