Spherae is an immersive installation that investigates audience interaction and perception through video and computer vision. A 3-dimensional video screen made of a gigantic balloon hangs over the participants’ heads as they interact with the work. Live video, taken by a depth and motion sensing camera, was used as material for the video projections on the balloon. Participants will be able to simply move in the field of vision of the camera to affect how the video behaves on the balloon screen. The installation also visually represents the sky and stars in its form. Moving images and colors create planet-like images that will engage our fascination with the universe and the unknown. Spherae uses technology to create and investigate the relationships between audience interaction and vision.

Spherae was commissioned by the Seattle Center Foundation for Illuminations, an exhibition celebrating the 50th anniversary of the Seattle’s Worlds Fair.

Illuminations, Art of the Next Fifty
Commissioned by the Seattle Center Foundation 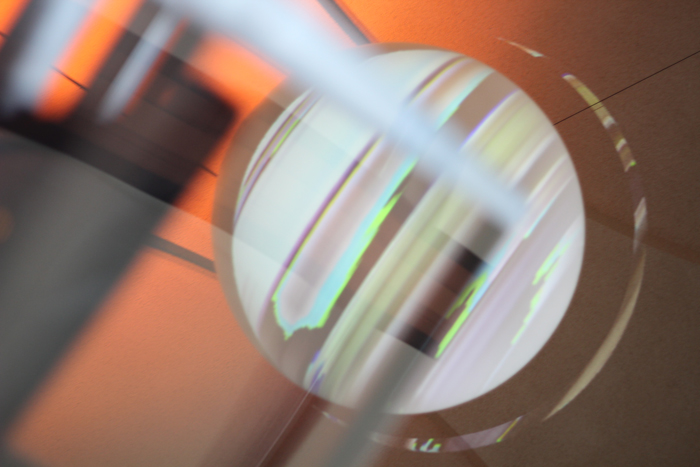