The Harrington Project animates Franklin Delano Roosevelt’s voice through an upright piano. His voice is broken apart by a computer into individual notes and played back using motors and filament wrapped around each piano string. This creates friction, which in turn creates sound. Brass weights hold tension on the strings and become a 3-dimensional waveform of his voice and cadence. A recording of FDR’s voice once captured from a physical space became a digital archival sound file and in turn is reborn into a physical form once more. The piano becomes an embodiment of 20th century ideals that have been lost. Now the problems of which FDR speaks are being repeated today. 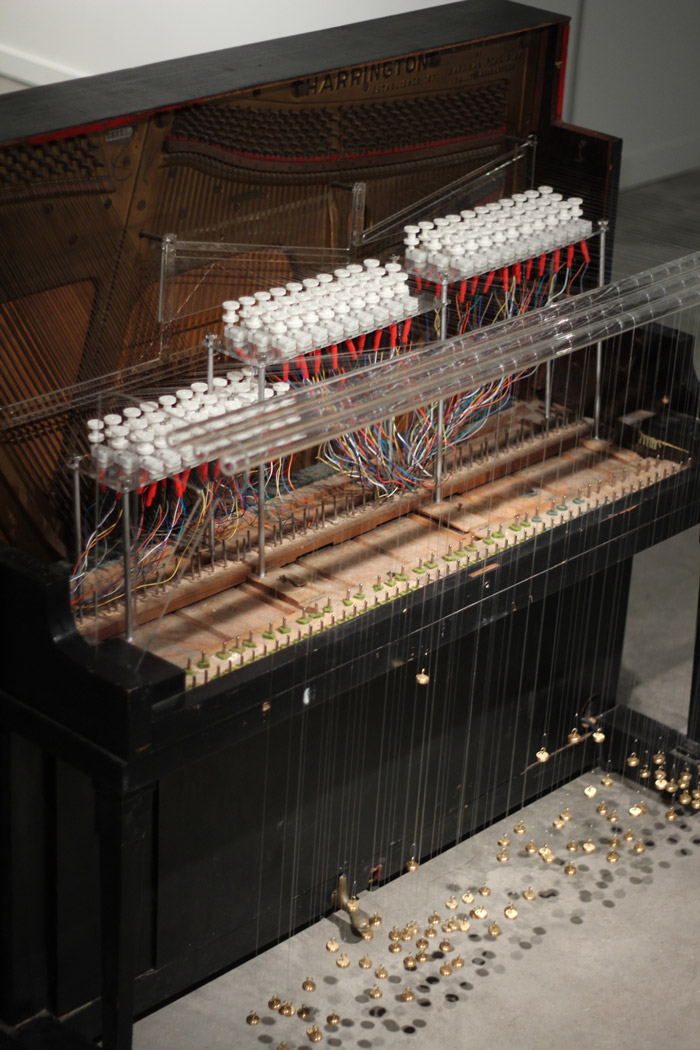 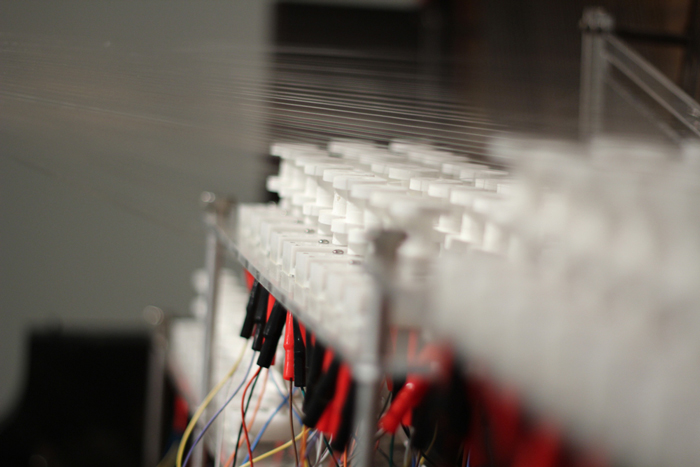